Thank you for Subscribing to Life Science Review Weekly Brief

From ideation to portfolio program:...

Analytics as a Competitive Advantage Takes...

How Integrating IIoT with LIMS Can Enhance...

How Allogeneic Stem Cell Therapies Can...

From ideation to portfolio program:...

Analytics as a Competitive Advantage Takes...

How Integrating IIoT with LIMS Can Enhance...

How Allogeneic Stem Cell Therapies Can... 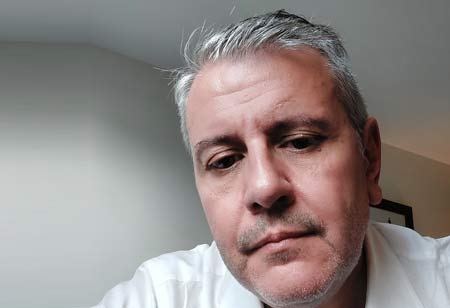 A proposal for a new strategy in oncology clinical development

For the first time in the history of science, the scientific community has reached a great capacity  to collect, analyze and report clinical data, the so called big data. However, there was no substantial change in the way we run clinical development in oncology, based on the randomized clinical trials paradigm, crystallized on a strategy designed 4 decades ago.

This paradigm, although having the great merit to push forward the use of novel therapeutic agents, may not longer be the best option to deliver efficacious and safe drugs to the patients

Few examples may bring some light on the issues we face today:


• A rare lymphoma study, lasted more than 10 years, where the positive results will not be able to provide a game change in the therapeutic options of the disease, besides the well-known efficacy of the novel compound


• A solid tumors study, where the lack of ability to define the right biomarker or mutation to identify the population that may have maximum benefit from the treatment, lead to the failure of the entire trial

These points, added to the huge cost of developing a novel treatment, may lead to an increase rate of failure or, even worse, to waste too much time waiting for the best treatment to reach the patients in need.

We believe that a new paradigm should be developed, based on the points below:

Defined endpoint should be established for every disease at every stage, is an increase in QoL more meaningful than a irrelevant survival increase in a cancer terminal patient?

An improvement in PFS in disease where the survival is measured in years is meaningful or better to look at, eg, a safer drug and lower exposure to a treatment?

Is it worthy to wait 10 years for a novel therapeutic option or would be better to approve earlier a treatment that shows better safety for the patients who may need to take this treatment for years?

Makes still sense to have comparator arm that may become obsolete in few years and harm the enrollment in the study, rather than compare the new data with historical or real world data?

We propose to evaluate the new treatment more and more times during the development process, and allow early use of the drug once clear benefits are shown

Our proposal is to cope the strong and standard endpoint, like OS and PFS, with others, quicker and more relevant for a specific disease and stage, to give the opportunity to early access to the best novel treatment as soon as possible. We propose to evaluate the new treatment more and more times during the development process, and allow early use of he drug once clear benefits are shown.

The new treatment will be continuously monitored for the long term benefits and potential issues, and the approval can be extended or stopped based on the new data.

An intensive  collaboration among Regulatory authorities, Pharma and biotech companies, oncologist community and patient advocacy is needed to move forward in this direction, but we believe that the effort required to install the new paradigm would be largely compensated by an increased  speed up of the clinical development process that would enable the patients to have access quicker to more novel treatment customized to the real need of a cancer patient.

The Value of New Antibiotics in the Fight Against AMR

Multiomic Preclinical Models to Define the Mechanism of Action

Mitch Sanders, Chief Scientific Officer and EVP of the ProDevLab, at Alira Health

However, if you would like to share the information in this article, you may use the link below: